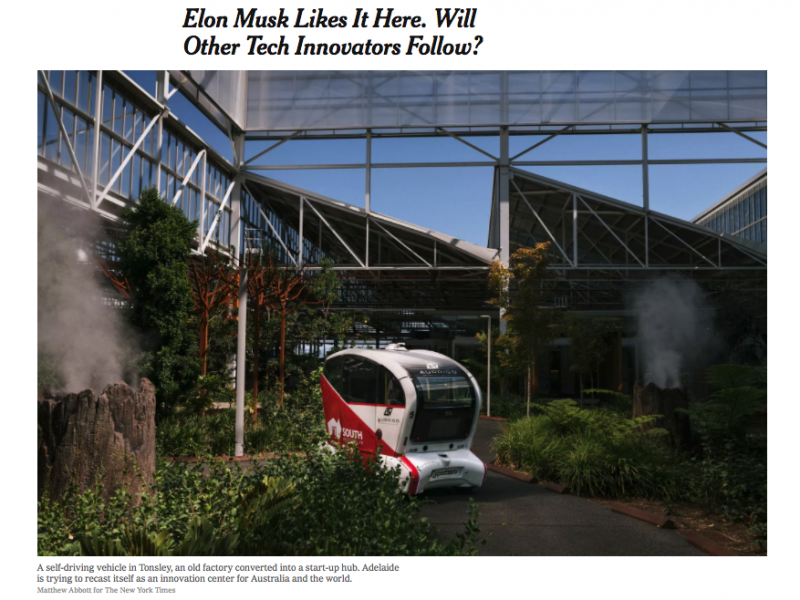 David Keene, CEO of Aurrigo, went from delivering a keynote speech at the 3rd annual Ottawa Autonomous Vehicles Summit to hosting interviews with Canadian Radio and TV, all keen to hear more about the technology and capabilities of our ‘Pod Zero’.

He spoke in detail about the reasons for the latest investment in a new sales and technical office in the heart of Ottawa and why the country offers a suitable next base for expansion that is already seeing major progress in Australia and in Houston in the United States.

Just when we thought the media coverage had died down we found out that the Pod was covered in all of its glory in the New York Times, not the first time we have appeared in this globally important newspaper.

David concluded: “The interest in our driverless solution is growing by the day and, in a marketplace dominated by the ‘big boys’, it is great to be able to put the UK on the international autonomous vehicle map.

“The launch in Canada was fantastic and we are now ready to start working with partners to explore the first ‘Pod Zero’ trials in the country.”