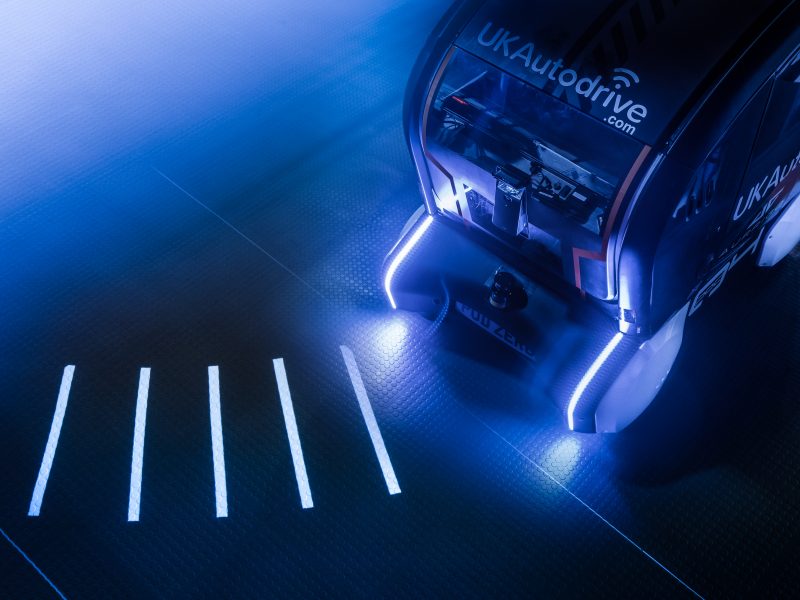 Jaguar Land Rover has developed a system that projects the direction of travel onto the road ahead of self-driving vehicles, to tell other road users what it is going to do next.

The intelligent technology beams a series of projections onto the road to show the future intentions of the vehicle – for example stopping and turning left or right – as part of research into how people can develop their trust in autonomous technology. In the future the projections could even be used to share obstacle detection and journey updates with pedestrians.

These projections, tested on autonomous pods developed by Coventry-based Aurrigo, feature a series of lines or bars with adjustable spacing. The gaps shorten as the pod is preparing to brake before fully compressing at a stop. As the pod moves off and accelerates, the spacing between the lines extends. Upon approaching a turn, the bars fan out left or right to indicate the direction of travel.

Trials were set up by a team of advanced engineers, working in Jaguar Land Rover’s Future Mobility division, supported by cognitive psychologists, after studies showed 41 percent of drivers and pedestrians are worried about sharing the road with autonomous vehicles*.

The innovative system was tested on a fabricated street scene at a Coventry facility with engineers recording trust levels reported by pedestrians both with and without projections.

The trust trial programme – which also included fitting of ‘virtual eyes’ to the intelligent pods in 2018 to see if making eye contact improved trust in the technology** – was conducted as part of Jaguar Land Rover’s government-supported UK Autodrive project.

“The trials are about understanding how much information a self-driving vehicle should share with a pedestrian to gain their trust. Just like any new technology, humans have to learn to trust it, and when it comes to autonomous vehicles, pedestrians must have confidence they can cross the road safely. This pioneering research is forming the basis of ongoing development into how self-driving cars will interact with people in the future,” commented Pete Bennett, Future Mobility Research Manager at Jaguar Land Rover.

Miles Garner, Sales and Marketing Director at Aurrigo, added his support: “Our autonomous pod technology is fast becoming the market leader in ‘first and last mile’ transport solutions and this has been reinforced by a number of deals to supply Pod Zero to customers in Singapore, Vietnam, Canada and, most recently, the US.

“The discussion about driverless vehicles is continuing to grow in intensity and we are delighted to be working with Jaguar Land Rover to install intelligent systems on to our pods that will project images depicting the direction of travel.

“This is a very important exercise and will provide crucial information on how humans interact with autonomous pods and the feedback we get can be used to shape how we evolve our technology to ensure we deliver solutions that are safe, accepted and deliver the mobility alternatives we need.”

Safety remains the priority as Jaguar Land Rover invests in self-driving technology, becoming automotive leaders in autonomous, connected, electric and shared mobility. The trial is aligned with the brand’s long-term strategic goals: to make cars safer, free up people’s valuable time and improve mobility for everyone.

This commitment extends to Jaguar Land Rover’s current models with a suite of Advanced Driver Assistance Systems including Adaptive Cruise Control, Blind Spot Assist and Intelligent Speed Limiter available across its range of vehicles, including the Jaguar F-PACE and Range Rover Velar. 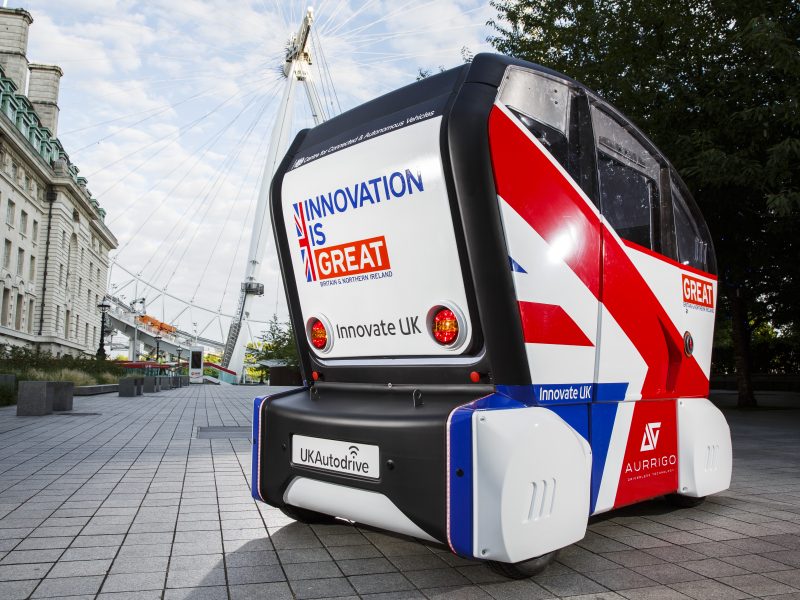 A Coventry technology specialist and a US-based automated mobility strategy team is teaming up with two global giants to showcase how self-driving pods can be used to deliver smart, on-demand, automated and zero carbon ‘last mile mobility’ solutions.

Aurrigo, which employs over 80 people at its state-of-the-art engineering centre and three technical/sales offices in Australia, Canada and the US, has been working with US firms Comet Mobility and Via to equip three ‘Pod Zeros’ with the latest Artificial Intelligence (AI) technology from a leading multinational technology specialist.

The Comet Mobility Experience, which is being part-funded by the UK’s Department for International Trade, Meridian and the Advanced Propulsion Centre, will be unveiled at the International Consumer Electronics Show (CES) in Las Vegas tomorrow (8-11th) and will allow delegates to experience a 6 to 8-minute ride in an autonomous pod designed and built in the UK. 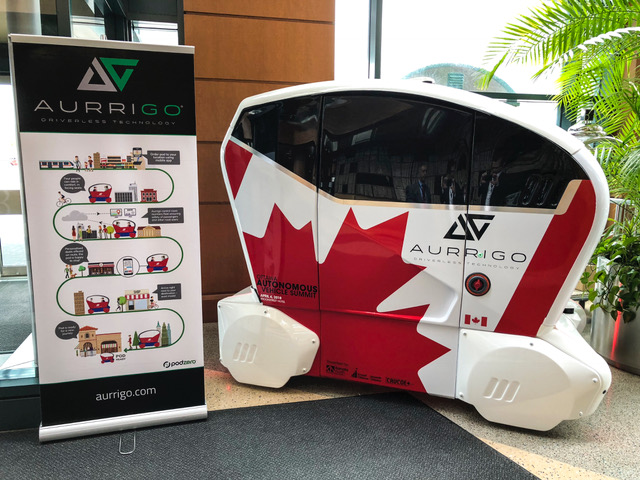 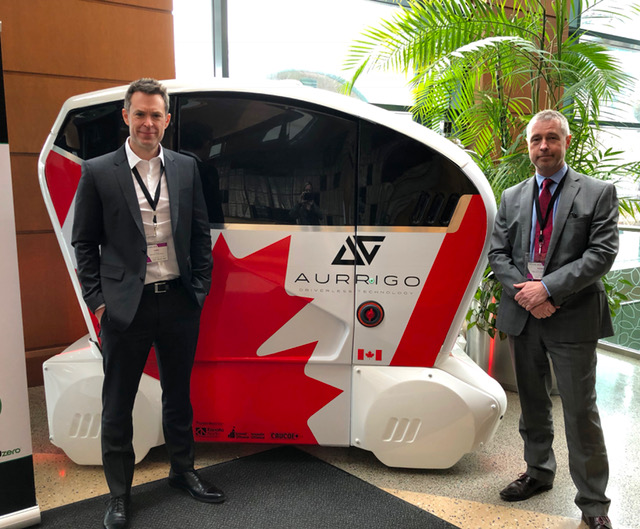 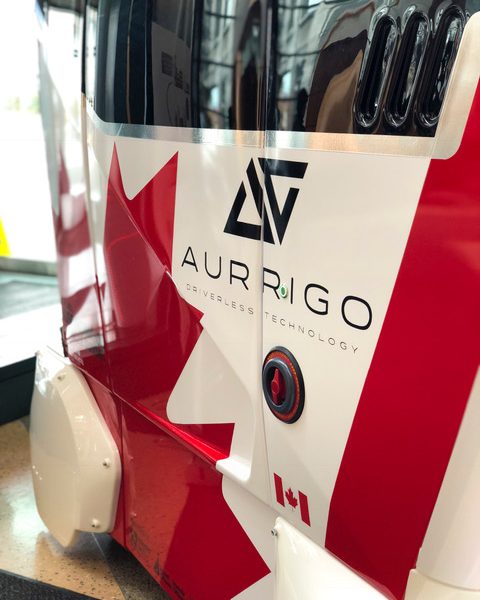 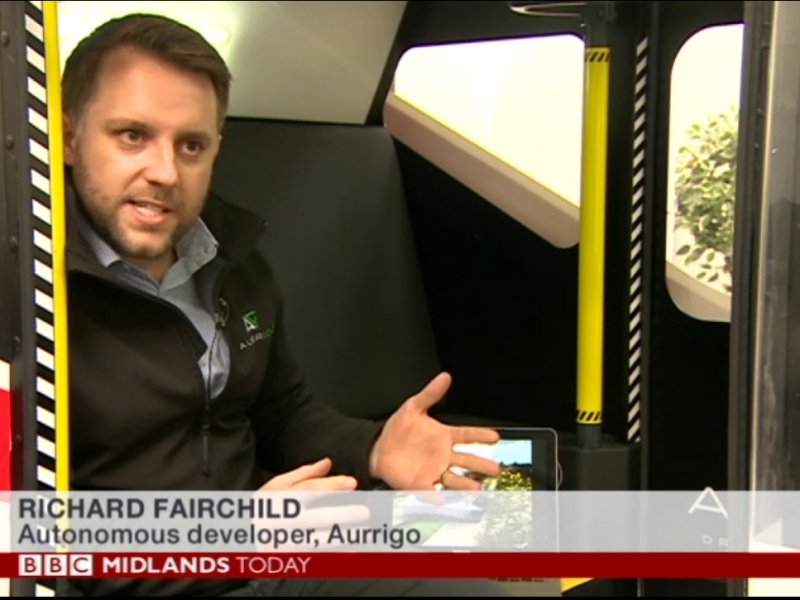 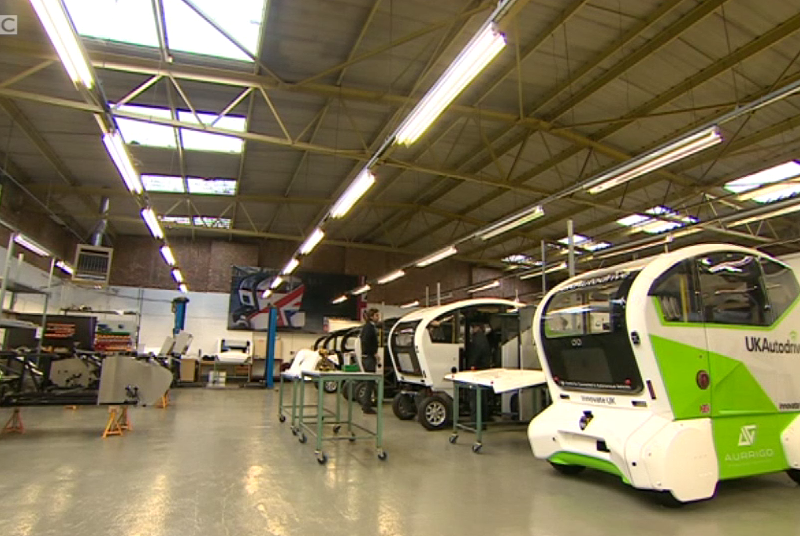 Aurrigo is in the news again! BBC West Midlands came to Coventry to interview Miles Garner and Richard Fairchild about the rapid expansion of Aurrigo in Coventry, creating jobs and developing a local supply chain. We also talked about the new Cambridge project with Smart Cambridge and Cambridgeshire County Council and the development of our 12 seater pod.