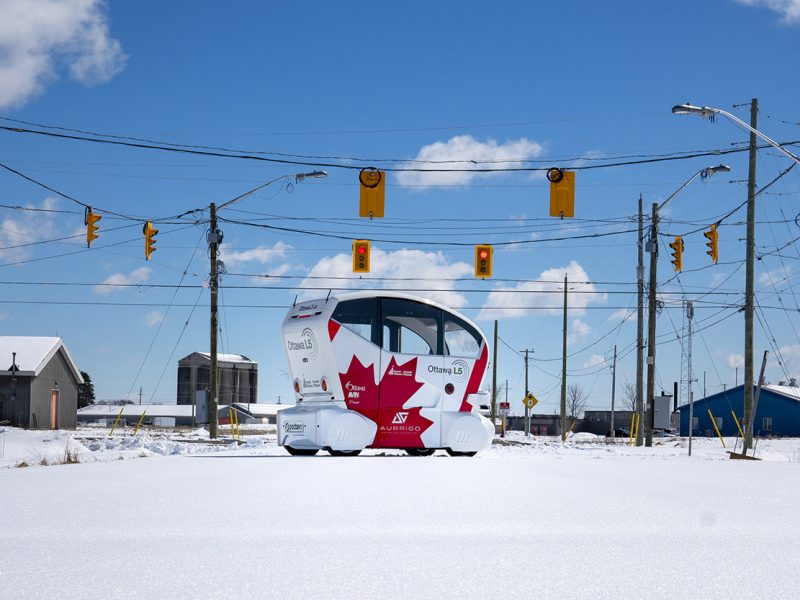 One of the UK’s leading autonomous vehicle specialists has recorded an international boom after securing over £1.5m of orders from across the world. Aurrigo, which created ten new jobs over the last twelve months, has seen demand for its driverless pods soar following the successful completion of major trials in the UK and Australia proved that its technology can deliver safe and efficient ‘first and last mile’ transport solutions.

Sales have come from customers in Australia, Canada, Finland, Singapore and the US, with the latest deal seeing one of its ‘Pod Zeros’ heading to China, a potential landmark moment for the Coventry-based business.

This growth takes its annual sales up to £4.2m and, with a strong pipeline of future orders in place, the company is predicting a further £6m of contracts between now and the end of 2020.

David Keene, Chief Executive of Aurrigo, commented: “Our Pod Zeros have been in development for several years and, thanks to trials with UK Autodrive, Blind Veterans UK and Elliot Gardens in Australia, we have been able to refine the autonomous technology on real world applications.

“This has helped us prove to potential customers across the globe that we offer a viable, safe and cost-effective solution for ‘first and last mile’ transport issues and our pods are now in operation at Universities, Airports and Innovation Districts. There has even been talk about putting one of them into a shopping centre in the Middle East.”

He went on to add: “We have really invested in our global presence, creating offices in Houston, Ottawa and in Adelaide, whilst the current strategy is to build our network of

distributors. This is proving extremely successful, with deals already agreed in Japan, South Korea and Vietnam.”

The company’s ‘Pod Zero’ seats four people and travels at a maximum speed of 15mph off road and will run for 60 miles on a single charge. Customers can buy the full ‘autonomous’ pod or just purchase the platform and then fit their own autonomous control system.

David concluded: “At the last count we’ve got 30 pods operational across the world and this number could double in 2020.

“We’re now looking at applying our solutions to other applications, most noticeably a 12-seater autonomous shuttle in Cambridge and the world’s first autonomous luggage dolly, which is currently being trialled at Terminal 5, Heathrow.”

Categories
Recent News
Archive
Ready to join the autonomous revolution?
Get In Touch
(c) Copyright 2021 Aurrigo. Aurrigo and Podzero are registered trademarks.
Back To Top