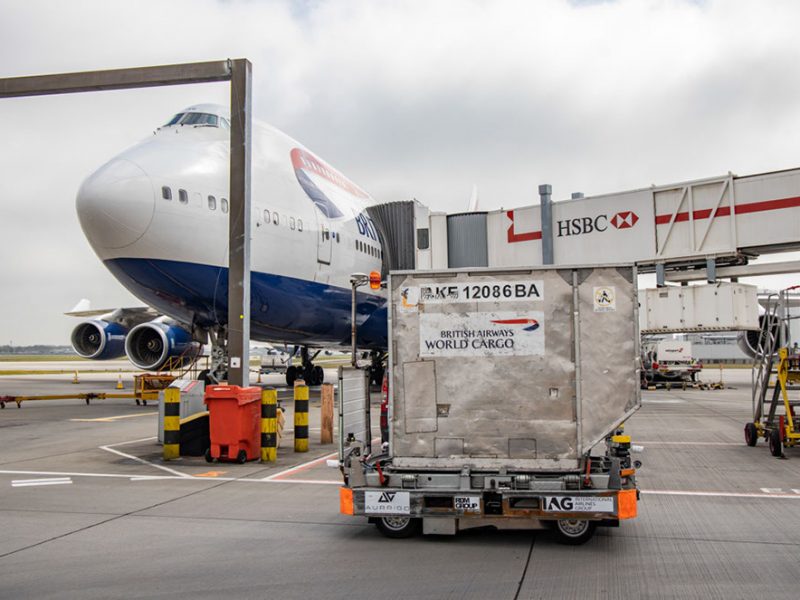 Zero flight delays, smooth baggage delivery and efficient airside operations is the holy grail for the world’s busiest airports. Currently, the average flight delay across all UK airports stands at 16 minutes(1), which may not seem like a huge interruption in a day, but ultimately it is the passengers who have to pay the price when they miss their connecting flight due to a delayed take-off. Whilst air congestion and poor weather conditions are both contributing factors to this disruption, airside operations can be slowed down significantly due to the time taken for luggage to be transported from the baggage hall to the aircraft and vice versa…

Enter Aurrigo, the autonomous technology division of RDM Group and the developers behind the autonomous baggage handling solution currently being trialled at London’s Heathrow Airport. The vehicles, best known as ‘smart dollies’, replace the standard tug pulling a train of three dollies and are built with the latest, cutting edge technology to allow them to move between the baggage hall and the aircraft stand autonomously. Using the firm’s autonomous control system (ACS) stack of technologies, the dollies become independent vehicles which means that there is no time spent waiting for all three of the typical ‘tug and three’ dolly trains to be filled before moving off, meanings bags get to the baggage hall faster and passengers get on their way quicker. Better still, airports can reduce their fleet of dollies as there are fewer empty dollies moving around.

A collaboration for success

Keen to introduce solutions to baggage delays – International Airlines Group (IAG), and British Airways (BA) turned to Aurrigo to tap into its self-driving technology. Launched in March, the trial at Heathrow has so far demonstrated safe usage of the smart dollies in live airside traffic, pushing towards new, more demanding goals in each phase. David Keene, Chief Executive Officer of Aurrigo, commented: “This year we have shown that autonomous vehicle technologies, such as our smart dollies have the capability to radically change airside operations and reduce the waiting time for passengers and crucially reduce delays that cause aircraft to continue burning fuel on the stand. Our technology, scaled up across the entire airport, could save huge amount of time, money and emissions.”

As one of the frequently visited airports in the world, Heathrow Airport provides the perfect space to test this new technology. Just last year, over 80 million passengers travelled through, a staggering 32 million of whom were travelling through Terminal 5 alone (2). Dr Richard Fairchild, Operations Director at Aurrigo, said “Until you have seen it first-hand, it’s difficult to explain how big of a challenge it is transporting luggage around an airport. Being airside, managing our operations in the live environment and working closely with our colleagues at BA and Heathrow Airport has been a real eye-opener for me as normally I’m a typical passenger who never sees the scale of the operation below the wing.”

Aurrigo – manufacturing in the Midlands

A technology company with over 26 years-experience in the automotive industry, Aurrigo prides itself on supplying customers with safe and reliable solutions that deliver true mobility for all. The Aurrigo autonomous pods – designed to provide first and last mile transport solutions – are being implemented around the world across deployments as varied as hospital complexes, industrial parks, research facilities, city centres and university campuses. For the company, moving into other industries was a natural progression. David continued: “An autonomous vehicle does not differentiate between loads – our system aims to maximise safety and efficiency whatever it’s carrying, whether that is people or baggage. Where we can see a need to improve the the safety, efficiency or cost of running a transport service, autonomous technologies often make the most sense.” Rick continued: “Not only do we strive towards safer transportation solutions, but we aim to provide our customers with green, emission-free solutions that are contributing to the worldwide challenge in combatting climate issues.”

Building on the success of the four-seat pod, Aurrigo will be launching a larger shuttle in the summer of 2020. This vehicle, which is set to be trialled in Cambridge, will operate as both as electric and autonomous vehicle and will carry up to 12 passengers. It will still be within the ‘first and last mile’ transportation category, but being able to serve a greater number of people at once by linking a park and ride site to a city centre. The larger shuttle will provide safe and clean mobility to combat urban congestion and was first previewed at LCV 2019 in September, with enquiries from the USA, Canada and Singapore already secured.

Aurrigo continues to lead the field in improved mobility, which means competing with the best globally both commercially and in attracting industry-leading talent to its headquarters in Coventry, UK. Now the technology company are looking into new ways in which this cutting-edge technology can be distributed. Smart dollies at Heathrow has highlighted the vast benefits autonomous technology can bring to airside operations, but where can we see it next? Shipyard docks? space ports? The opportunities seem endless, as CEO David Keene concluded: “The move from people-carrying to luggage carrying pods seemed like two quite different requirements at the time the project was conceived, but our flexible technology has been shown to deliver significant and positive results in both applications.”

Categories
Recent News
Archive
Ready to join the autonomous revolution?
Get In Touch
(c) Copyright 2020 Aurrigo. Aurrigo and Podzero are registered trademarks.
Back To Top